Courtroom technology training is required prior to any trial. Training can be scheduled at the final pretrial conference. Counsel must make arrangements with the Clerk’s Office Automation Department by sending an email to: iandml_helpdesk@iand.uscourts.gov.  Counsel is also required to test their presentations and equipment prior to trial. An appointment can be scheduled with the Clerk's Office Automation Department. ***Not all technology is compatible and it is recommended that you have a backup plan in case of an unforeseen power, hardware or software problem.*** 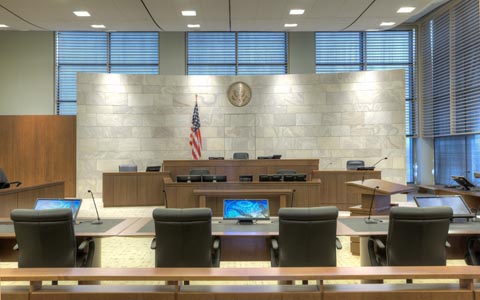 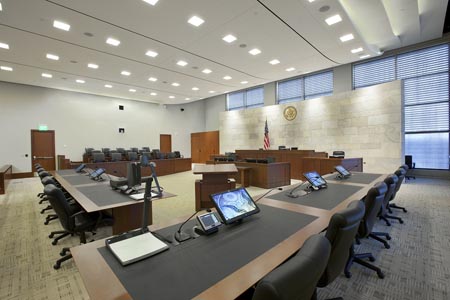 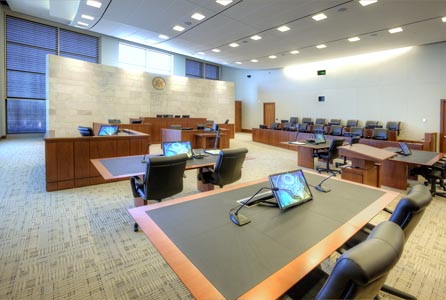 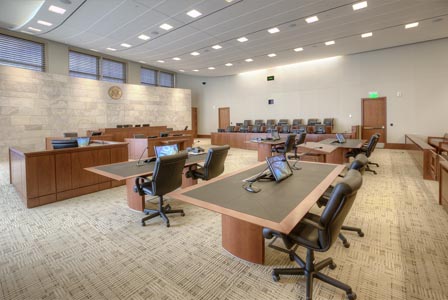 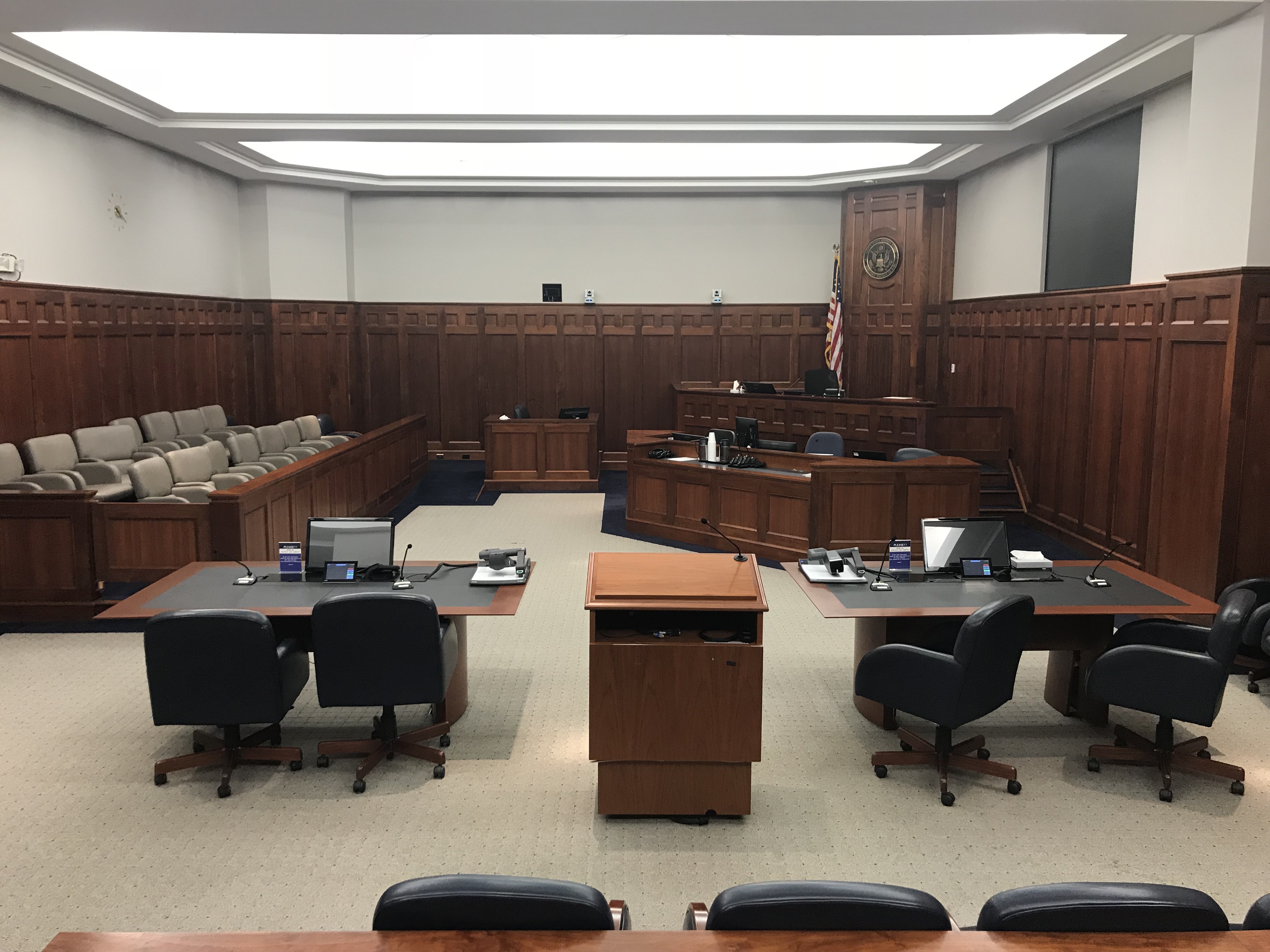 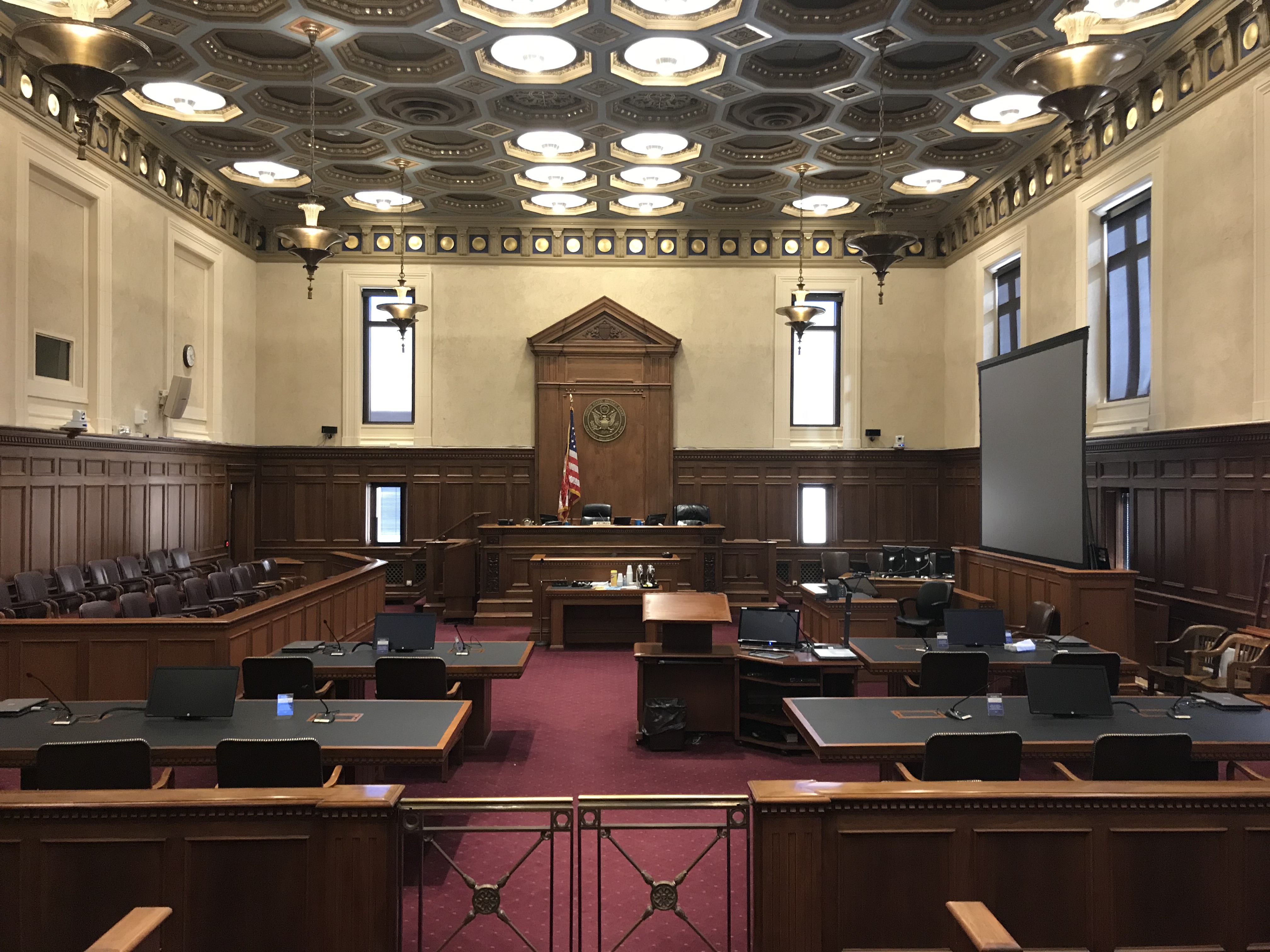 Overview
The court is using a jury evidence recording system (JERS) that allows evidence admitted during trial to be viewed electronically in the jury deliberation room upon the conclusion of the trial. JERS provides easy access to evidence during the deliberations through the use of a large screen monitor in the jury room. Attorneys of record will be given an opportunity to review the exhibits at the conclusion of evidence. Court personnel, at the judge’s direction, will release exhibits to the jury as deliberations begin.

JERS has the ability to:
-  Store all exhibits submitted prior to trial, and then designate just those admitted into evidence for the jury’s use during deliberations;
-  Print a list of the exhibits, by number and by description, that can be released to the deliberating jury; and
-  Restrict how the jury may review the exhibit: Audio Only, Video Only, Zoom Off (Zoom Off restricts the jury from enlarging an exhibit  on the touch screen in the deliberation room).  The presiding judge will determine how and if JERS will be used during any trial.

This video provides a brief demonstration of the program: https://player.piksel.tech/v/ac1vo6p4

There is no real difference for the attorneys or the jury during the trial.  Exhibits still will be presented and admitted in the traditional format (i.e. on paper or electronically).  The presiding judge will make any decisions on what method will be used to present the evidence during trial.  Attorneys shall have paper copies of all exhibits available to be marked by the courtroom deputy when admitted by the court and for use by the jury during deliberations.

On occasion, evidence may be modified by a witness (for example, marking a picture or document) or by the court (redacting certain pages of an exhibit) during the trial.  Should there be any change to the evidence submitted prior to trial, the courtroom deputy will work with counsel, prior to the start of deliberations, to substitute in JERS the original exhibits submitted for the new version admitted by the court.

The courtroom deputy will meet with counsel prior to the court's charge to the jury and review all exhibits entered in the JERS software to guarantee the evidence is labeled correctly.  The JERS software has the ability to permit, or not permit, the jury to zoom in or zoom out of any evidence (other than audio or video submissions).  The default is to allow jurors to use the zoom function.  If a lawyer objects, he or she needs to let the presiding judge know before the exhibits are submitted to the jury.  The presiding judge will advise the jury as part of his or her charge that JERS is available in the deliberation room and explain that a tutorial is also available.

The Court of Appeals requires the submission of hard copies of any and all trial exhibits.  All trial exhibits are returned to counsel at the conclusion of deliberations.  Counsel must retain those exhibits until the appeal time has lapsed.